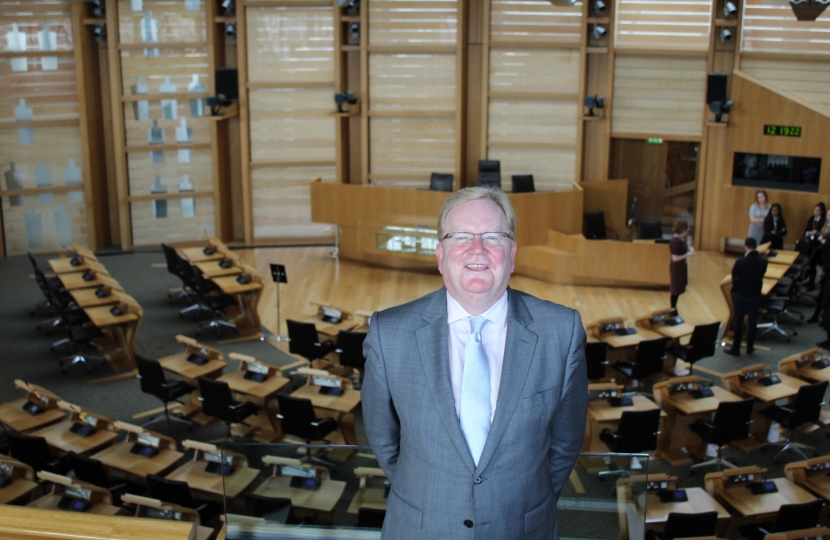 As you may be aware, Gladman Developments Ltd are once again attempting to commence a residential development programme on the land west of Glasgow Road in Waterfoot and I have already been contacted by a considerable number of concerned constituents.

The programme includes the construction of so-called ‘affordable’ housing along with local retail and community facilities.

The area marked red in the graphic I enclose with the letter denotes the land that has been earmarked for development by Gladman.

The proposal of application notice for this project was issued on Tuesday 25th October. This marked the beginning of a formal 12-week public consultation, which will involve Gladman hosting a public exhibition on their planned development on 28th November at Mearns Castle Golf Academy between 1.45pm and 6pm.

I can assure constituents that my position remains the same as the last time Gladman tried to build on this land and I will be implacably opposing their latest attempt to do so.

You may recall, Gladman were left with little option but to abandon their previous attempt for development in this part of Waterfoot just over a year ago, following an assessment by the Scottish Government Reporter, stating that it would be inappropriate to build on the land west of Glasgow Road because it would have led to a substantial change in the area’s landscape.

The sterling efforts of local residents opposed to the project and, of course, the tireless campaigning endeavours of Waterfoot Action also played a significant part in ensuring the unwanted encroachment into East Renfrewshire’s green belt did not go ahead.

So what else can you do? At this pre-application stage the council cannot accept letters of objection and can only do so when a formal application is lodged. Meanwhile, an exhibition and presentation will take place at Mearns Castle Golf Academy on Monday November 28th between 1:45pm and 6pm and I would encourage you to attend and make your views clear.

When any formal application is lodged then individual letters of objection may be send to East Renfrewshire Council.

If we are to have any chance of securing the same result as last time, it is important that we make our opposition heard and make it crystal clear to Gladman that their proposal remains as unwelcome in 2016 as it did in 2015.

As a first step, I have taken the time to compile a short survey in order to ascertain residents’ opinions on this matter and to gain a greater awareness of just how strong opposition to the development is second time round.

The survey can also be completed at my website – www.jacksoncarlaw.org.uk – or if you would prefer, please telephone my office at 0141 465 6611 and I or one of my team can manually record your responses.