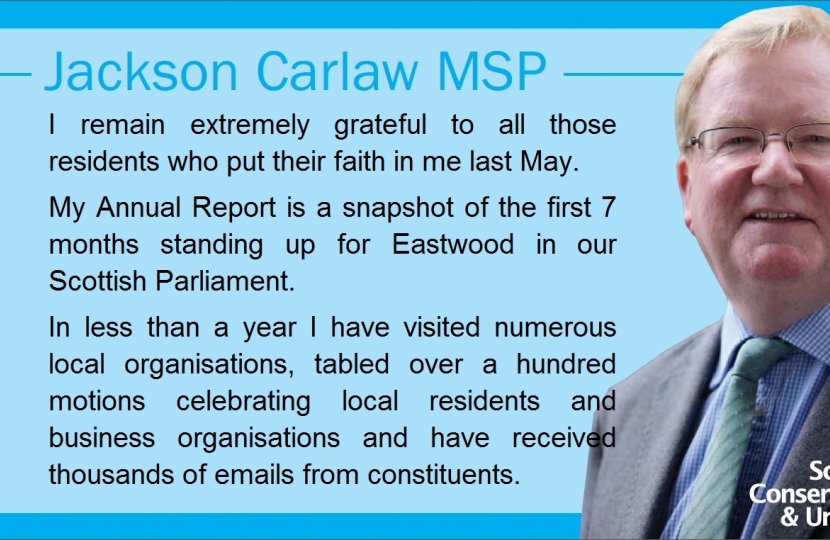 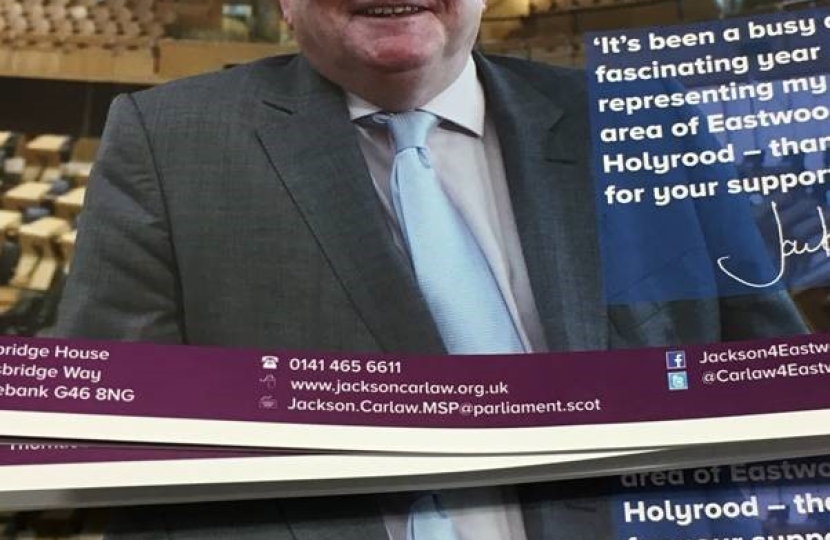 Jackson Carlaw has begun delivery of his first Annual Report as the MSP for Eastwood, having previously represented West of Scotland since 2007.

The Annual Report compiles many of the local issues Jackson Carlaw has been involved in since being elected in May 2016.

The Report will be delivered to homes across Eastwood from this week.

Residents are encouraged to respond to the questionnaire on the back of the Annual Report which covers topics such as East Renfrewshire Council’s car parking charging proposals and the proposed second independence referendum.

Advice surgeries are also scheduled for 15th February in Netherlee, Clarkston, Giffnock and Newton Mearns. These will be promoted on the electronic advertising board in Fenwick Road, Giffnock ahead of the date.

“I remain extremely grateful to all those residents who put their faith in me last May.

“My Annual Report is a snapshot of the first 7 months standing up for Eastwood in our Scottish Parliament.

“In less than a year I have visited numerous local organisations, tabled over a hundred motions celebrating local residents and business organisations and have received thousands of emails from constituents.

“The Annual Report cannot cover all the work my office has undertaken to date as much of that work is not seen or photographed for posterity due to it involving the delicate issues that many constituents seek assistance for.

“Now that we are properly into 2017, I look forward to continuing to stand up for Eastwood and am always happy to hear from constituents at Jackson.Carlaw.MSP@parliament.scot or see them at my advice surgeries in February.