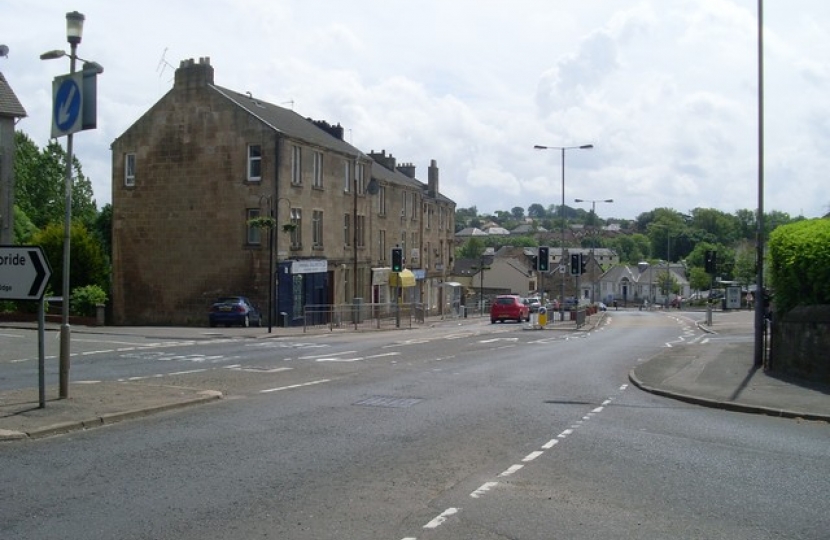 Local police have said they will give more attention to Main Street in Busby over the next couple of weeks in response to concerning reports of anti-social behaviour and vandalism.

Eastwood MSP, Jackson Carlaw contacted the police to ask that officers do all that they can to tackle the concerns raised by local people after a number of constituents contacted him regarding recent incidents of anti-social behaviour and vandalism in and around Main Street.

Some of the adverse incidents brought to Mr Carlaw’s attention by concerned residents include offensive graffiti on various buildings and objects in Main Street such as advertising boards and plants near Busby Train Station being ripped out.

There has also been at least one incident of fire raising after a fire was started at the Evangelical Church in Busby. The door to the church was damaged but the rest of the building escaped harm from the fire.

CCTV footage has been captured for one of the incidents involving graffiti and officers are investigating further.

East Renfrewshire’s Local Problem Solving Team are charged with carrying out patrols throughout the council area to address problems with anti-social behaviour and more time will be devoted to Busby Main Street in the immediate period to respond to local concern.

“Acts of anti-social behaviour and vandalism are completely unacceptable.

“There is no excuse for causing misery to local communities by engaging in this type of behaviour and the recent reports of adverse incidents in Busby are a cause for concern.

“No one wants to see vandalism detracting from the area where they live and I have been informed that residents have pro-actively removed the graffiti only for repeat incidents to occur.

“The Evangelical Church has been subject to fire raising and I understand plants at the train station have been wilfully removed.

“It is welcome that the police have signalled their intent to give more attention to Busby’s Main Street in the next couple of weeks in response to local concern.”