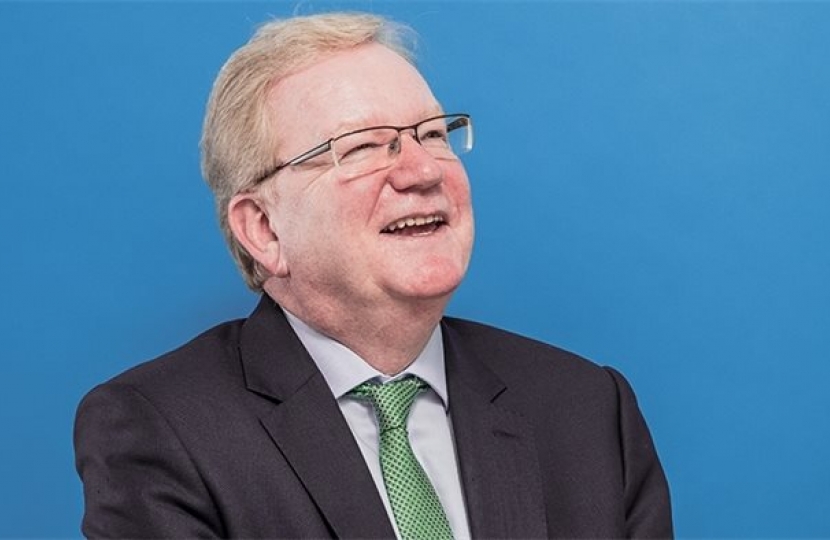 It has certainly been an action-packed start to 2020 and a busy few weeks back at Holyrood.

At a time when performance in science and maths is at record lows, when violent crime has risen for the fourth year in a row, when the vast majority of health waiting time targets are consistently being missed what did the Nationalists want to talk about most last week at Holyrood?

Not just independence and another divisive referendum but parliamentary debating time squandered to the flying of flags on the pavement outside Holyrood!

Unable to respect the common-sense decision taken by the parliament’s corporate body that would have seen the EU flag removed upon our formal exit date last Friday, the SNP decided that it was imperative to waste vital debating time on the matter.

Unquestionably, the Nationalist soap opera on the constitution remains the centrepiece of Nicola Sturgeon’s political agenda to the detriment of Scotland’s economy, NHS, schools and other vital public services.

The people of Scotland registered a clear vote in favour of our three centuries old membership of the United Kingdom in 2014 but the Nationalists have singularly failed to accept the result even although they promised us all that the referendum was “once in a generation”.

Leading for the Scottish Conservatives, I opened for our team on the independence debate and I am proud all of our speakers for their excellent contributions.

As we highlighted during the debate, their performance in government has been derisory with a seemingly endless list of failures and a clear lack of focus on the part of the SNP to rectify everything that has gone wrong under their watch.

Clearing up the mess they have made of the domestic agenda and not another referendum is what should be the defining mission of this shambolic SNP Government. But sadly, the independence cause continues to trump all else.

January 27th marked the 75th anniversary of the liberation of Auschwitz-Birkneau.

The horrors of what happened during the Holocaust must never be forgotten and the lessons that it teaches must continue to be imparted upon each generation.

Many survivors of the Holocaust who settled in the United Kingdom moved to Scotland and made a massive contribution.

One such individual is Giffnock resident Ingrid Wuga who has rightly been awarded the British Empire Medal (BEM) for her services to Holocaust Education in the New Year’s Honours List.

Ingrid and her husband, Henry who himself received an MBE in 1999, are truly inspirational figures and I was delighted to submit a motion in the Scottish Parliament at the beginning of January in recognition of all that they have achieved.

I would like to thank East Renfrewshire Council for the outstanding Holocaust Memorial Event held at Eastwood Park Theatre last Monday.

It was an excellent evening of music, poetry and where attendees also heard first-hand accounts from survivors of the Holocaust.

Well done to all for a truly moving event.

Eastwood MSP, Jackson Carlaw has expressed his concerns after official figures revealed that the number of domestic abuse incidents recorded on an annual basis in East Renfrewshire in 2018/ 19 was nearly 100 higher compared to almost a decade ago.