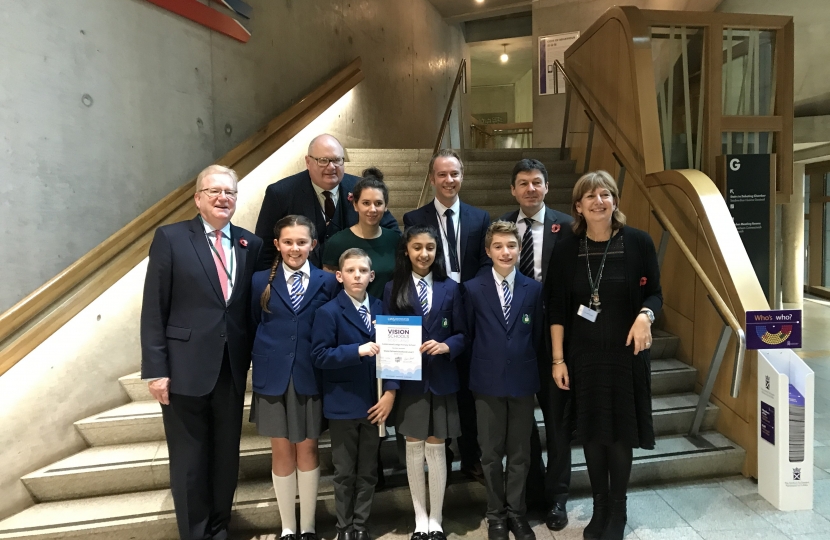 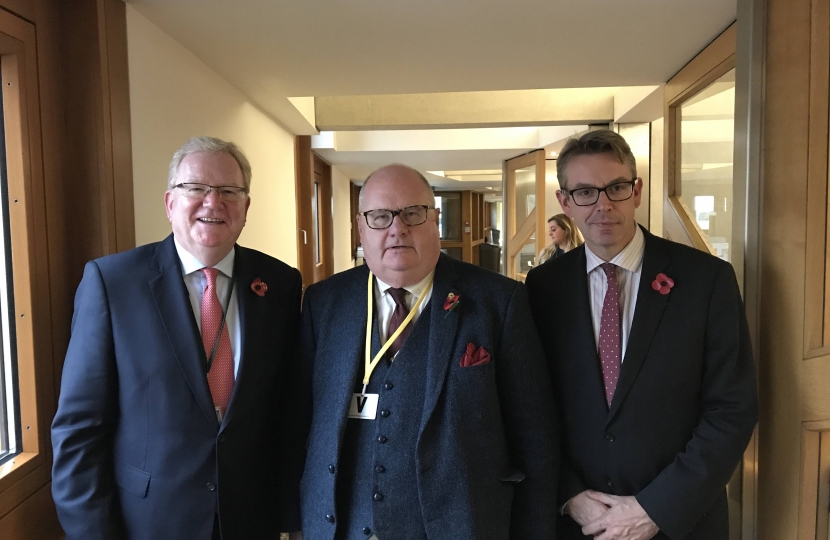 Jackson Carlaw MSP has welcomed a collaborative initiative from the University of the West of Scotland and Holocaust Educational Trust to promote Holocaust Education in Scotland’s schools after he hosted an awards ceremony at the Scottish Parliament in the first full year of the programme.

The ‘Vision Schools Scotland’ initiative seeks to recognise and accredit schools who have demonstrated a strong commitment to the teaching of the Holocaust and one of its key objectives is to assist in fostering an environment of tolerance and respect for all by imparting the lessons of the Holocaust on younger generations.

The purpose of the event at the Scottish Parliament was to present certificates to the five Scottish schools accredited this year including Calderwood Lodge Primary School in Newton Mearns.

Mr Carlaw was delighted to see Eastwood’s Calderwood Lodge, part of the first ever Jewish and Catholic joint campus anywhere in the world with St Clare’s, being accredited as a Vision School in the first full year of the programme.

Schools who would like to express an interest in applying for the accreditation or find out more information about the programme can do so by e-mailing Visionschools@uws.ac.uk. Both primary and secondary schools are eligible to apply.

The Holyrood event on 8th November 2018 occurred on the eve of the eightieth anniversary of ‘Kristallnacht’. Kristallnacht refers to events in Nazi Germany on 9th-10 November 1938 where Jewish businesses were destroyed, schools torched, businesses wasted and nearly 100 Jewish people were murdered. It is described as the ‘Night of the Broken Glass’.

‘It was a pleasure for me to host the first accreditation ceremony for the Vision Schools Scotland programme to promote the vital importance of Holocaust Education in our schools’.

‘That the event took place on the eve of Kristallnacht is a poignant reminder that we must never forget the systematic murder of 6 million Jewish people in the 1930s and 1940s and the vital importance of ensuring future generations have an understanding of the events that took place so such horrors can never be repeated again’.

‘I was delighted to see Calderwood Lodge from my own Eastwood constituency being accredited as a Vision School. Well done to everyone involved with this fantastic achievement and I hope to see more local schools in Eastwood receiving the award next year’.