Lack of Lighting Hazard at Hospital Rectified After MSP Steps In 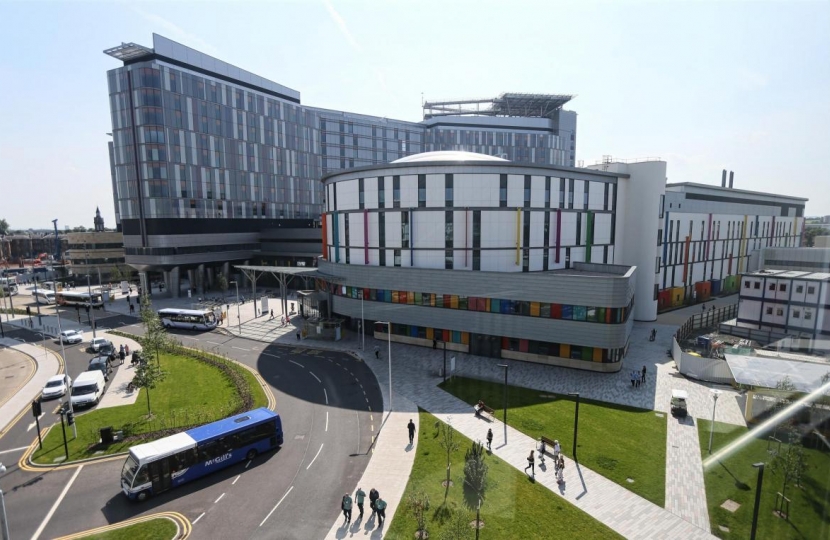 New lighting has been installed to service the Queen Elizabeth University Hospital’s pedestrian walkway after concerns were raised that the area being left unlit on evenings was creating a safety hazard for visitors to the facility.

After the safety fears were brought to his attention by constituents in Eastwood, Jackson Carlaw MSP contacted the Chief Executive of NHS Greater Glasgow and Clyde to request that the health board investigate and put in place temporary lighting whilst improvements works are being carried out.

The lack of lighting meant the safety environment outside the hospital was sub-standard and posed a particular hazard for partially sighted visitors to the facility.

One particular incident raised with Mr Carlaw by constituents involved a visitor to the hospital falling over at the pedestrian walkway because it appeared that they were unable to see an object in front of them due to the lack of lighting.

The pedestrian walkway in question is located between the temporary entrance currently in place at the hospital and the bus stop on site.

The new lighting was installed and operational from Friday 24th January – just two days after Mr Carlaw had requested the health board take such action.

Once the improvement works have been completed, a permanent lighting solution will be put in place.

“Significant numbers of my constituents in Eastwood are regularly required to attend the Queen Elizabeth University Hospital either for treatment or to visit loved ones.

“It was a concern to be made aware of the lack of lighting at the pedestrian walkway and from the correspondence I received, it was clear that lighting should be installed to improve visibility at the location.

“I raised the matter directly with the Chief Executive of NHS Greater Glasgow Clyde to ask that the health board address concerns by ensuring that new lighting was put in place.

“I am pleased that the health board acted quickly on my representations and that the new lighting is now operational in the evening.

“The introduction of the lighting should allay concerns and improve visibility for visitors to the hospital.”