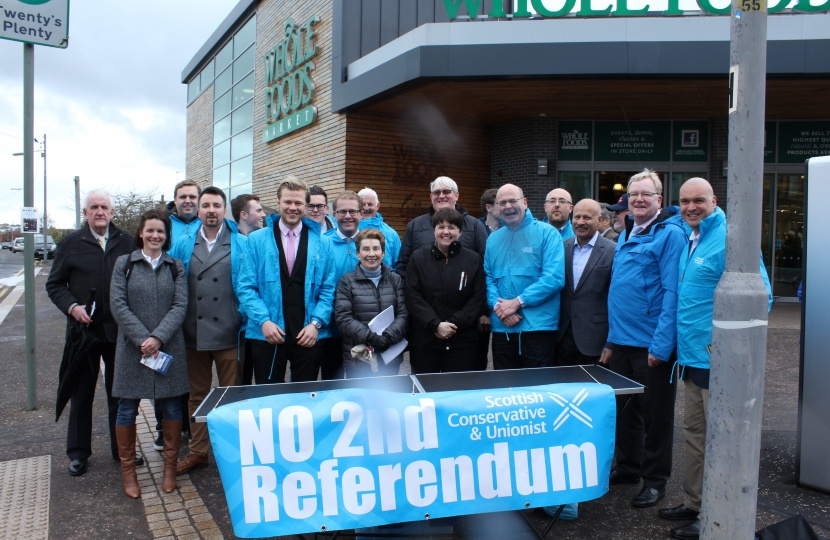 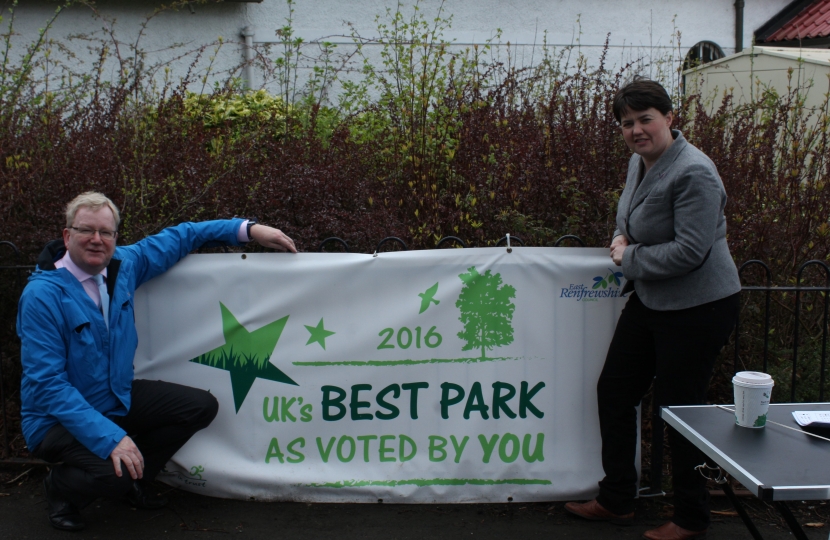 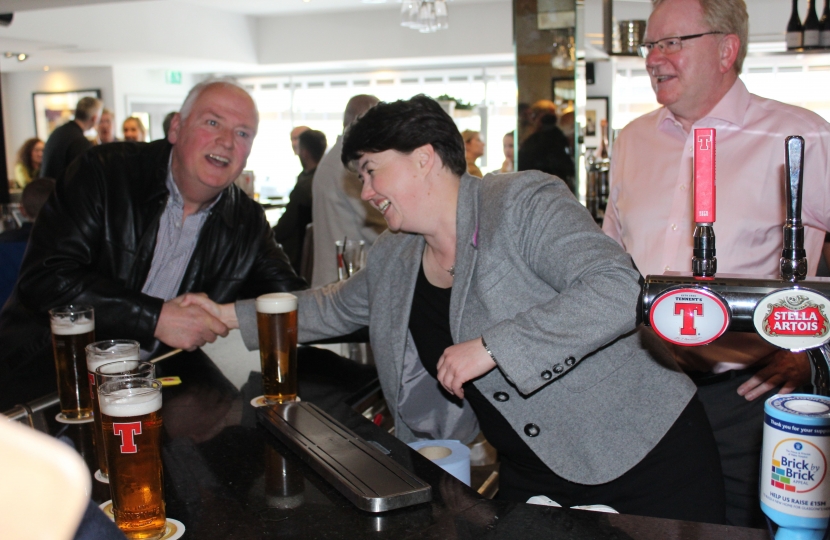 During the day Ruth Davidson visited:

She also campaigned for local Councillor Gordon Wallace in Giffnock.

“Politics is all about priorities. It is about focusing on what matters to local residents, not independence.

“The Scottish Conservatives are Scotland’s strongest opposition party and week in, week out, we take the fight to the SNP at Holyrood.

“We’re the only party strong enough to do the same here in East Renfrewshire.

“Labour in East Renfrewshire has lost their MP and MSP and are likely to lose many Councillors. They just can’t stand up to the SNP.

“So these local elections are your chance to have your voice heard; your chance to tell the SNP loud and clear that rather than dragging us back to the arguments of the past, we need to move Scotland forward.

“A vote for the Scottish Conservatives sends a strong message – No to another divisive referendum, Yes to strengthening our communities.”

“It was great to have Ruth in Eastwood backing the campaign to retake control of our local council.

“Whether it was talking to residents at Rouken Glen, to those coming out of Friday prayers or pulling pints for the Orchard Park locals there was a real wish to speak with Ruth and a desire to move onwards from Nicola’s neverendum.

“Vote Scottish Conservative on May 4th to secure a local champion committed to East Renfrewshire, not putting independence first, last and always.”