3,000 registered enterprises in East Renfrewshire and 20,000 in Glasgow could be hit by the car park tax 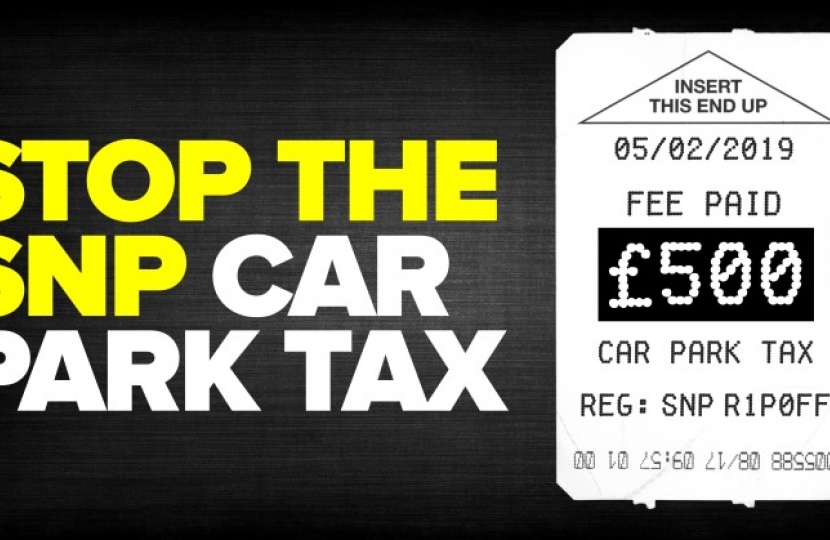 A whopping 2,790 registered enterprises in East Renfrewshire could be hit with a car park tax, new research from the Scottish Conservatives has revealed.

The statistics taken from the Scottish Government’s Businesses in Scotland index shows that 2,615 of the organisations employ up to 49 people, 55 have between 50-249 members of staff and 120 firms in East Renfrewshire employ 250 people or more.

East Renfrewshire Council ruled out the implementation of a car park tax for 2019/ 20 at its February budget although nearly 3,000 businesses in the local authority area could be clobbered if the policy is introduced in future years.

In SNP-run, Glasgow City Council where there are over 10,000 car journeys from East Renfrewshire every day, the local authority has previously made clear that it is favourable towards putting in place a car park tax.

Almost 20,000 registered enterprises operate in Glasgow meaning hard working people from East Renfrewshire who drive to work in the city could be forced to pay £500 just for using a parking space at their place of employment.

As the car park tax proposals were forced through the Scottish Parliament’s Rural Economy and Connectivity Committee last week, the Scottish Conservatives submitted dozens of amendments, which would have protected police, healthcare workers, charity staff and people on benefits from being subjected to the charge but these were voted down by the SNP and Green parties.

“The Businesses in Scotland data shows that almost 3,000 registered enterprises in East Renfrewshire could be hit with a car park tax should it be introduced locally in future.

“If the costs for implementing a car parking tax scheme were passed on to staff, the financial expense per individual could amount to £500 a year.

“Just below 20,000 organisations in Glasgow could be liable for a car parking tax scheme and with 10,000 car journeys from East Renfrewshire into the city each day, local people who work there could also be hit by the charge.

“The car park tax is a deeply unfair and ill-thought through policy and it should be dropped by the SNP now.”

“The more the SNP car park tax is exposed to scrutiny, the more we discover just how disastrous a policy it will be for employers and employees.

“Scottish Conservatives attempted to protect groups such as police officers and charity workers from the policy but the SNP simply wouldn’t listen and rejected the efforts of our MSPs to achieve this at Holyrood.

“A hugely significant number of organisations in East Renfrewshire could be affected were the car park tax ever to be introduced and the financial impact on employees would be massive should liability for payment of the tax be transferred to them.

“It’s time for the SNP Government to finally do the right thing and cancel its plans for an unwanted car park tax.”