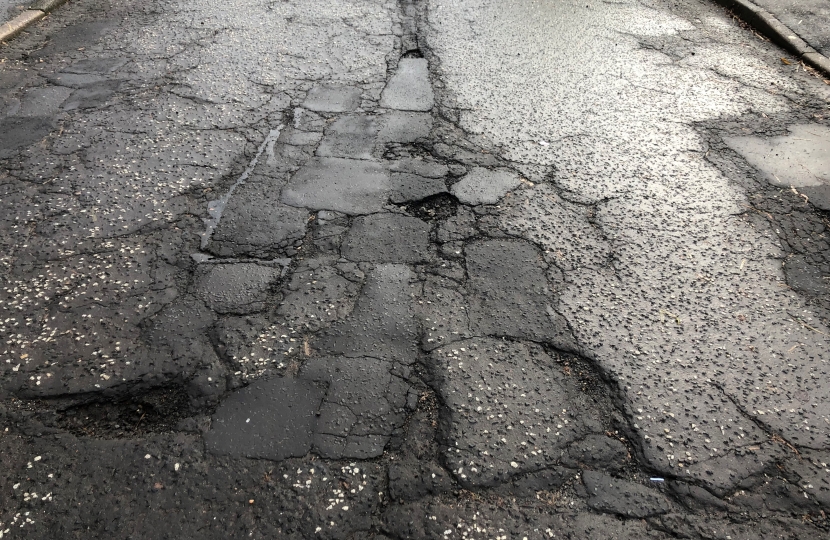 Local residents had contacted Mr Carlaw’s office to express concerns over the existing condition of the road at Meadowhill in Newton Mearns and to seek assistance in securing council approval for a resurfacing scheme.

It was relayed to the Eastwood MSP by constituents that whilst temporary patching repair work had previously taken place on a number of occasions, this had not led to any long-term improvement in the condition of the road.

The road is plagued by potholes, cracks, ruts and an uneven surface.

In the response issued to Mr Carlaw, East Renfrewshire Council advised that Meadowhill has now been included within the council’s draft resurfacing programme for the 2020/ 21 financial year.

The finalised programme of road repairs will be approved in February or March as part of the local authority’s budget setting process.

“The road at Meadowhill is currently in a very poor condition and is in desperate need of resurfacing work.

“I am pleased that the council have agreed to put in place a programme of repairs in response to the concerns brought to my attention by local people.

“It is vital that the promised resurfacing work remains part of the programme of repairs to be carried out in the next financial year when the finalised list is approved in the early part of 2020.”