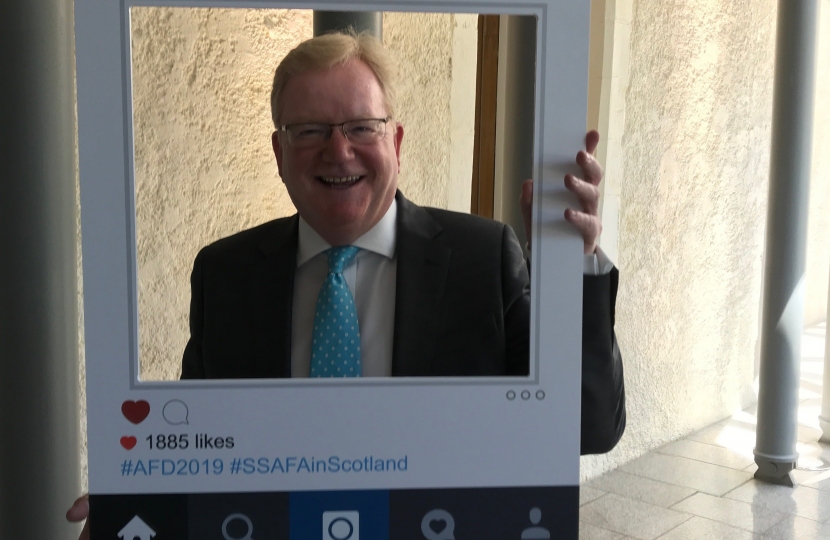 Jackson Carlaw MSP has praised the work of armed forces charity SSAFA Scotland after meeting with representatives of the organisation at the Scottish Parliament.

SSAFA offers lifelong support and advice to serving members of the armed forces, their families alongside reserves and veterans from the Royal Navy, British Army and Royal Air Force.

Established in 1885, the charity carries out invaluable work and provides support to over 73,000 people connected with the UKs armed forces on a yearly basis.

SSAFA operate 22 branches in Scotland and members of the armed forces community seeking advice can call the organisation's free and confidential helpline on 0800 731 4880. The helpline is open from 9am to 5.30pm on weekdays.

"There can be no overstating the vital support provided by SSAFA in Scotland to members of our armed forces community.

"The charity has a network of committed volunteers throughout Scotland who ensure that serving members of the UK's armed forces and our veterans are able to receive any help that they might require.

"It was excellent to meet with representatives from SSAFA at the Scottish Parliament and to hear about the charity's impressive work first hand."